A few weeks ago, I spotted this felt stocking bunting on Etsy. I've bought plenty of things on Etsy, but I only let myself buy something in the "I could make that" category if my next sentence is "But I won't."

I didn't love the shape of the stockings, and I already had some of the felt, so I picked up 3 meters (one spool) of cream and red "Merry Christmas" ribbon (from East Of India) at Blackthorpe Barn. I also bought three small pieces of felt at the craft store in Bury - plain red, plain green, and dark green with sparkles. Mmm...sparkles.

Ahem. I already had the lime green and grey felt from a previous crafting adventure.

I did a google image search for a Christmas stocking silhouette, and found this one that had a shape I liked and a straight line across the top. I resized it in Word (just the image) until it was about 6cm across the top. 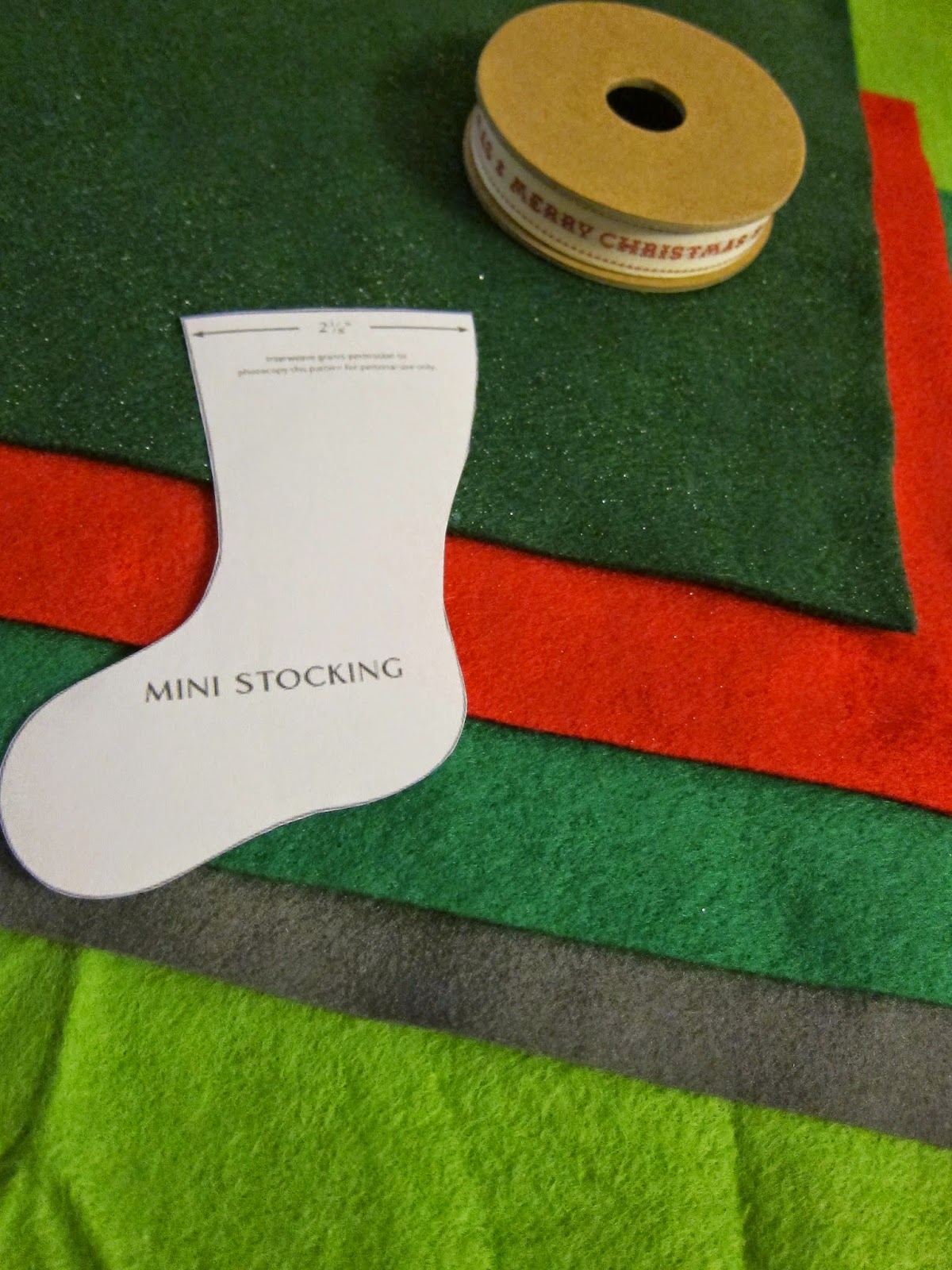 I traced around my template (backwards!) on the back of the felt with a ballpoint pen. It worked pretty well, except on the dark green, which was really hard to see. 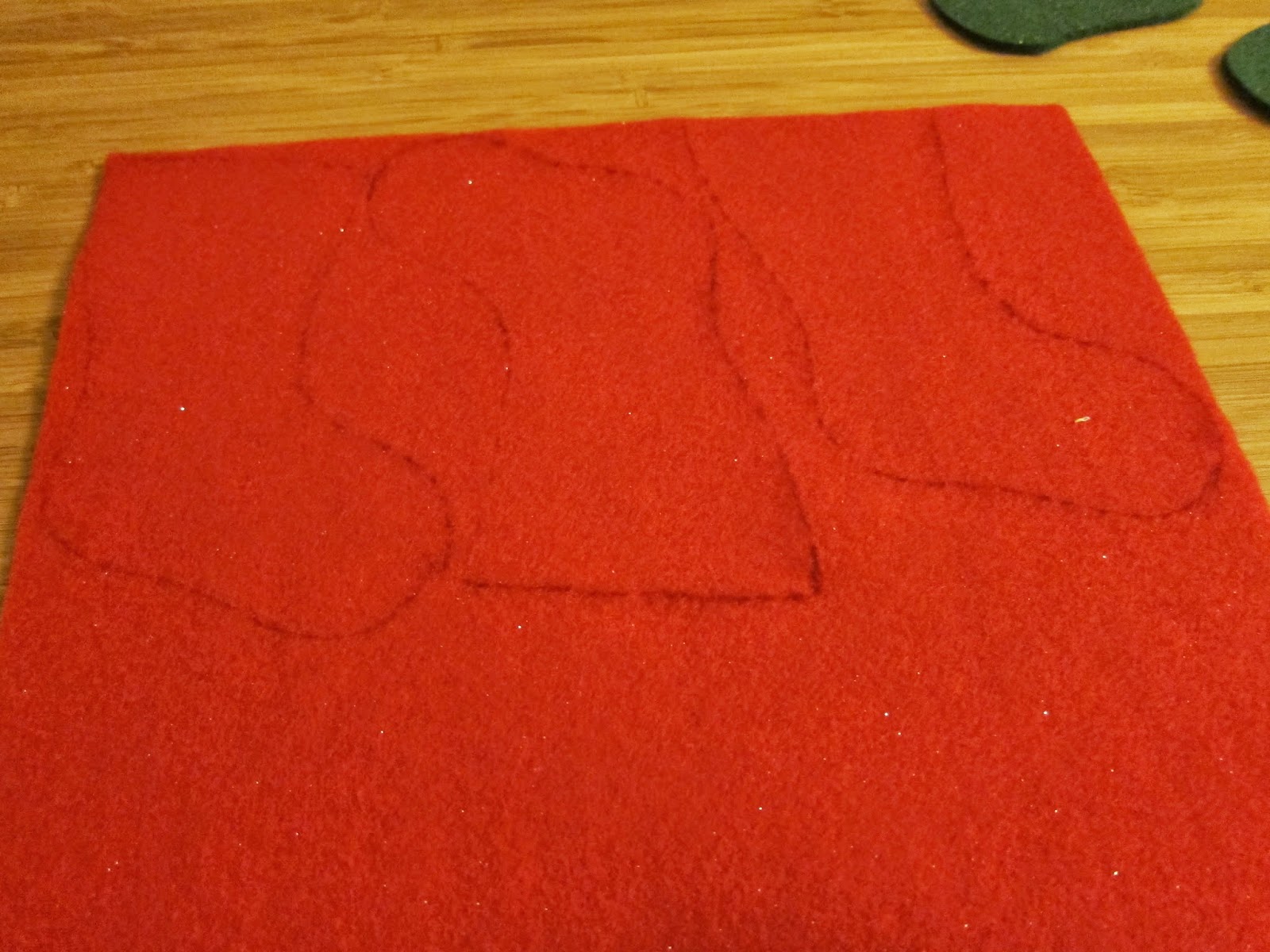 You know you love the tiny green sparkly Christmas stocking. 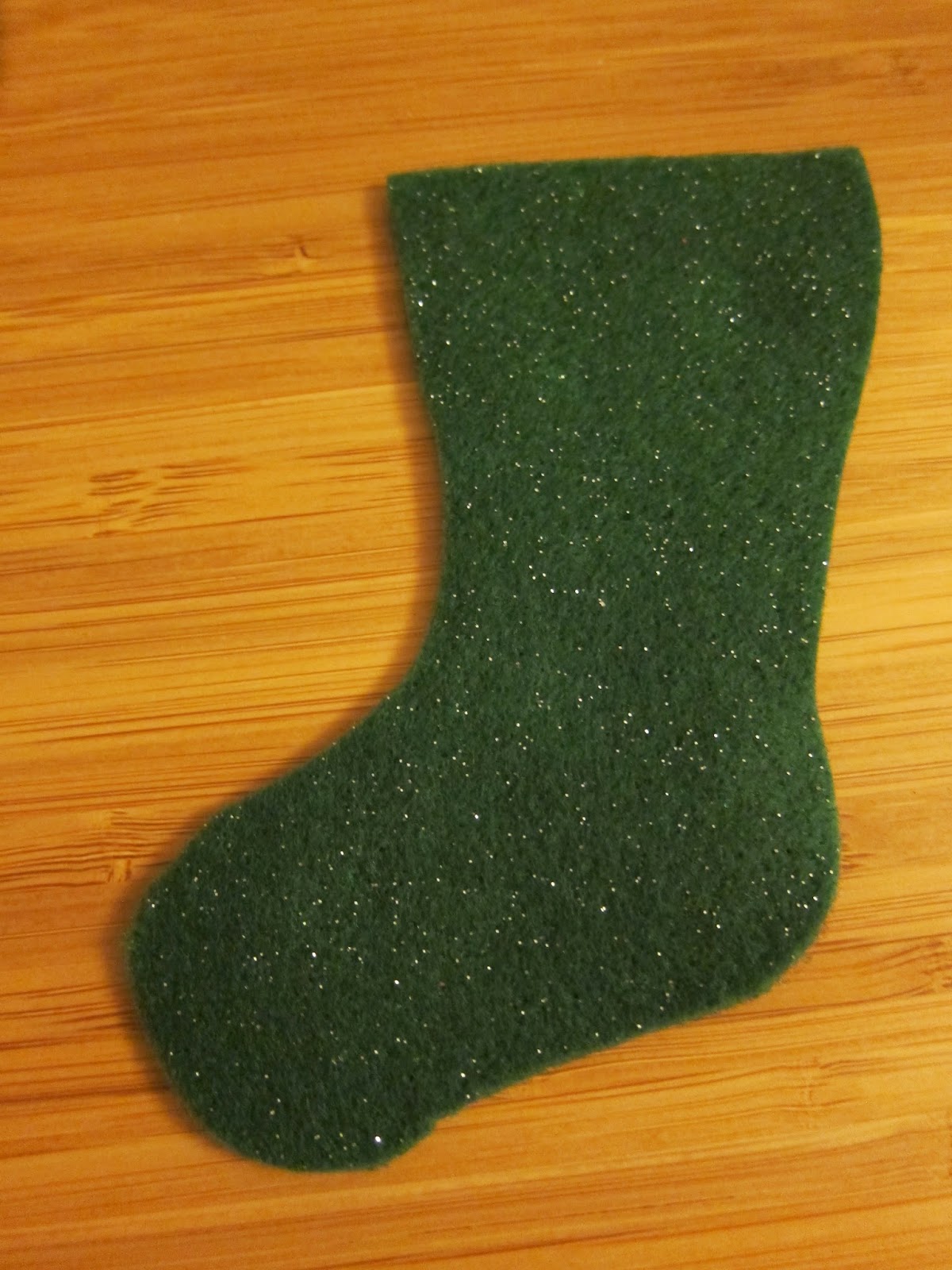 I cut out three of each colour, then played around until I found an order I liked. 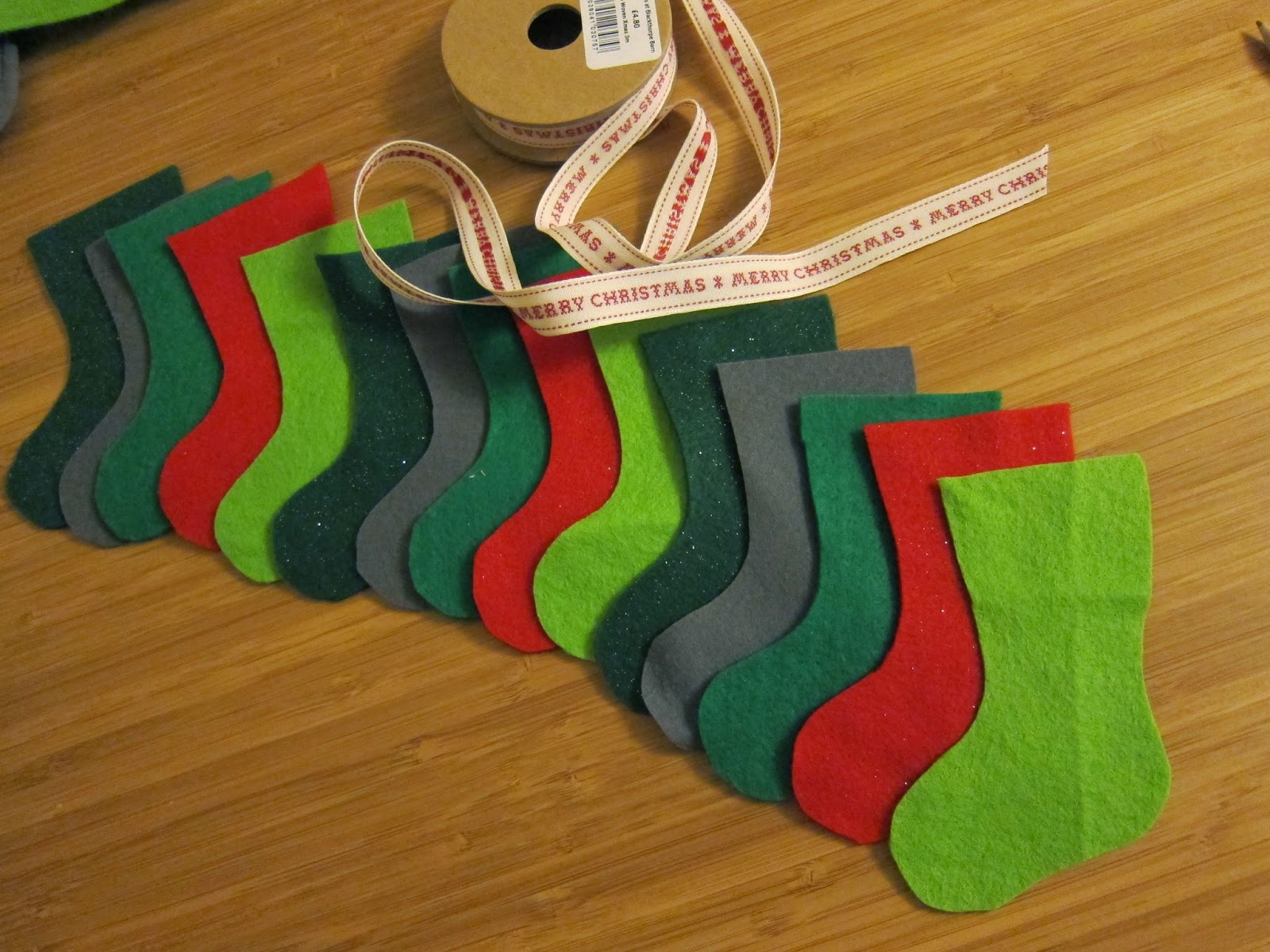 I had originally thought I would thread the ribbon through slots in the stockings, but then changed my mind. I used the "Merry Christmas" on the ribbon to make sure my spacing was even, and sewed the stockings to the ribbon by hand, leaving a little bit of the stocking peeking out at the top.

(This task was much improved by singing along to Benjamin Britten's Ceremony of Carols and the Sesame Street Christmas album.) 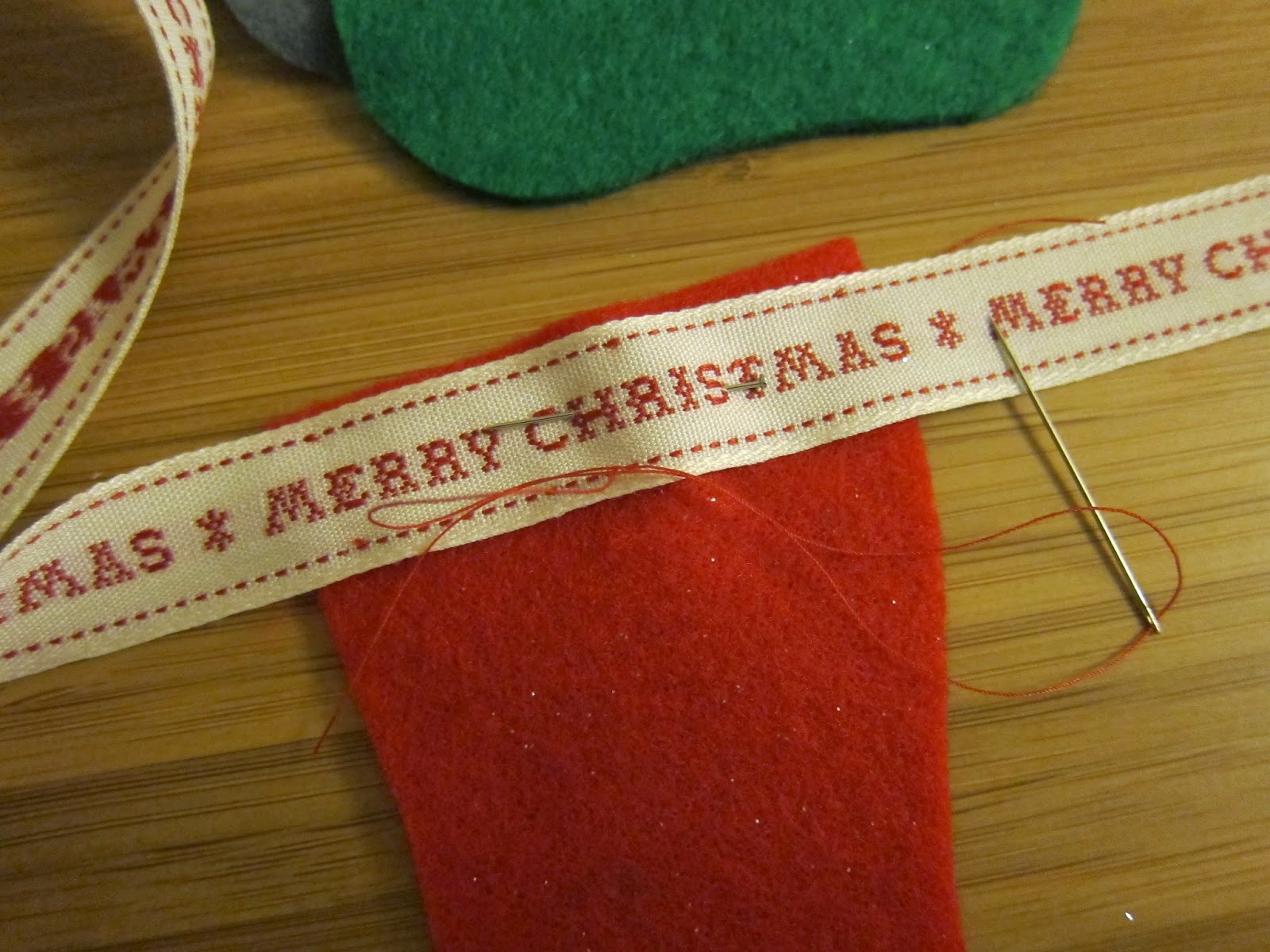 I tied the stitching in a knot at the back and tucked the ends in. 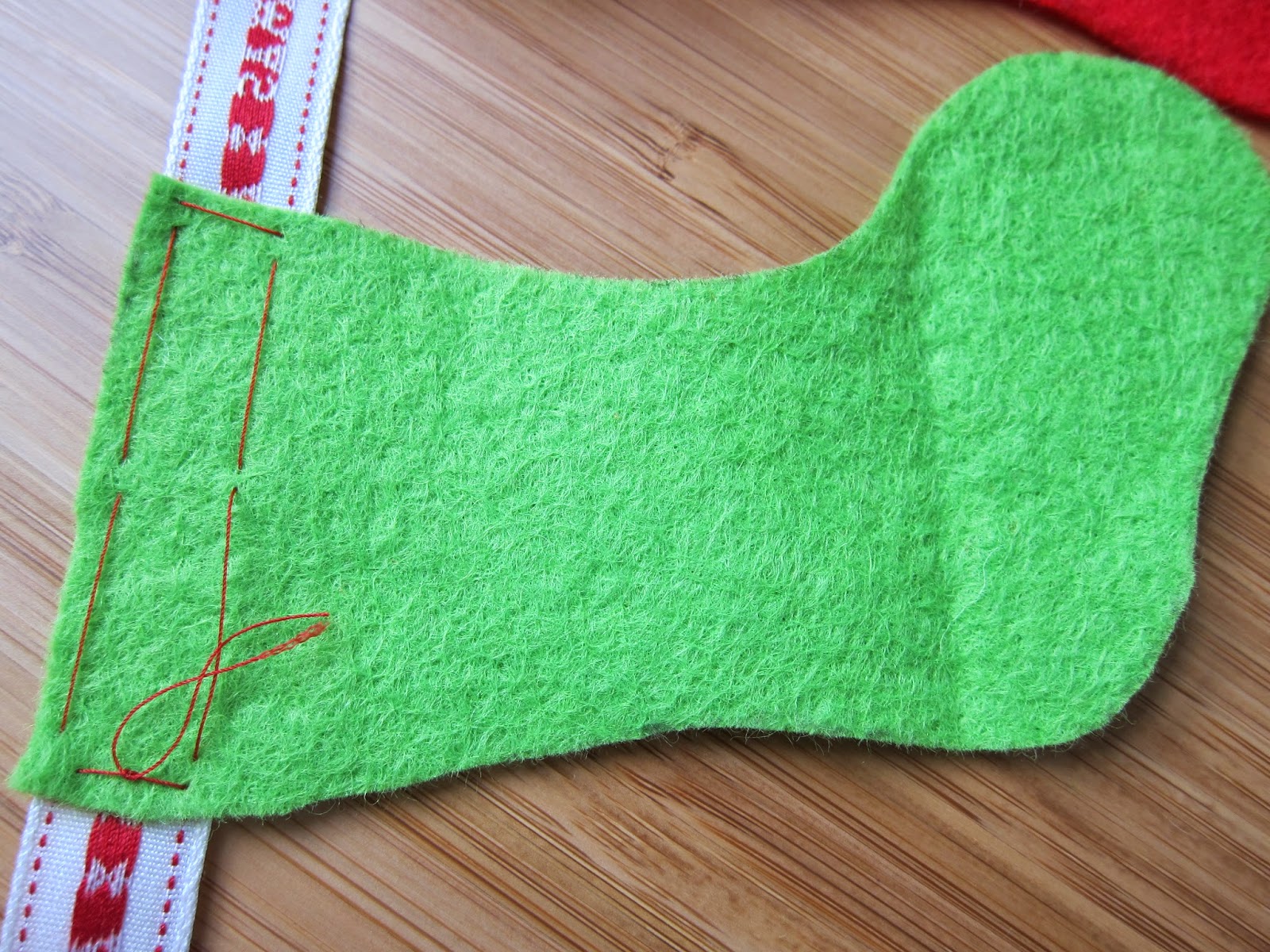 Here it is, in progress: 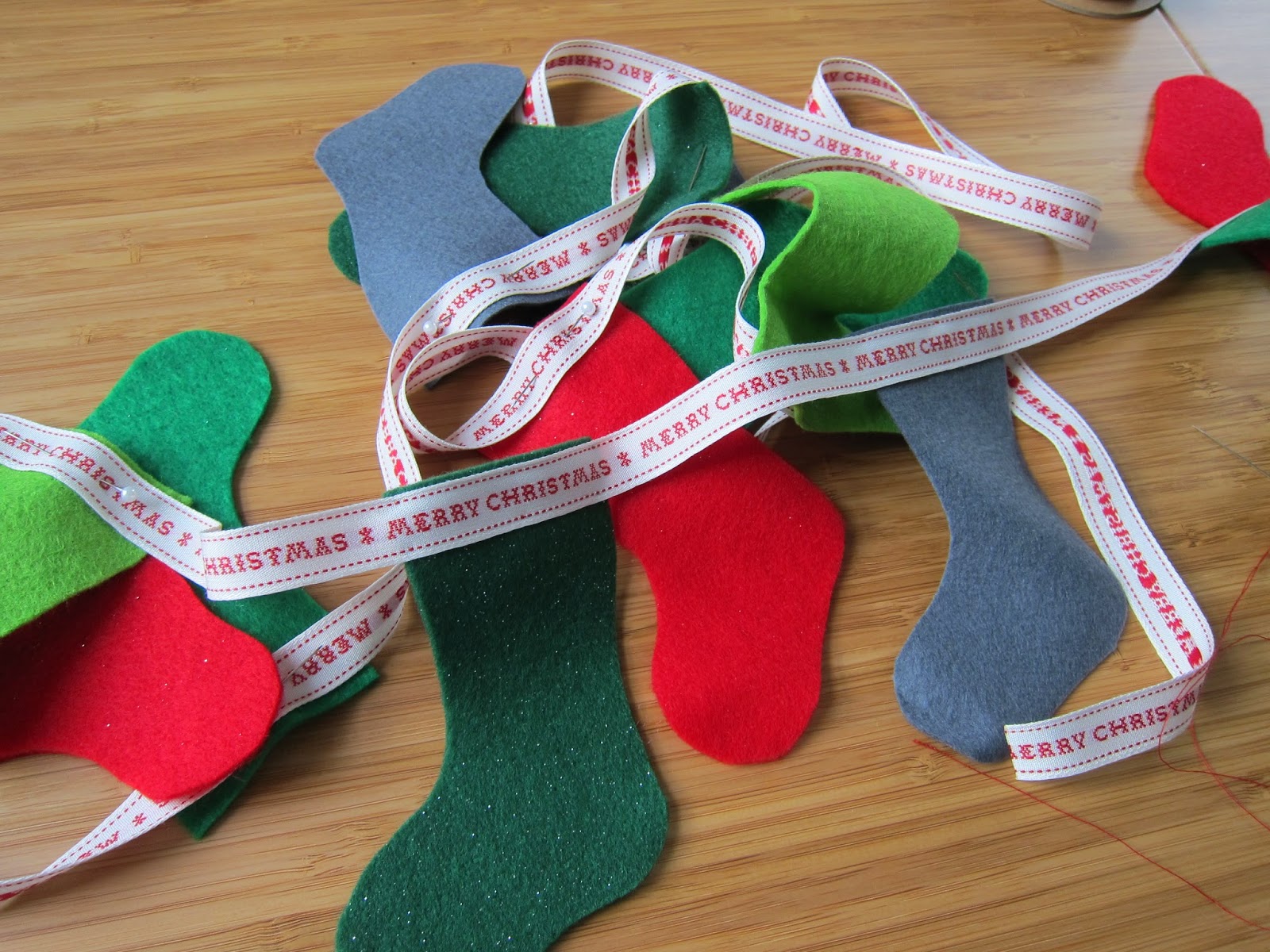 And all finished and hung up! 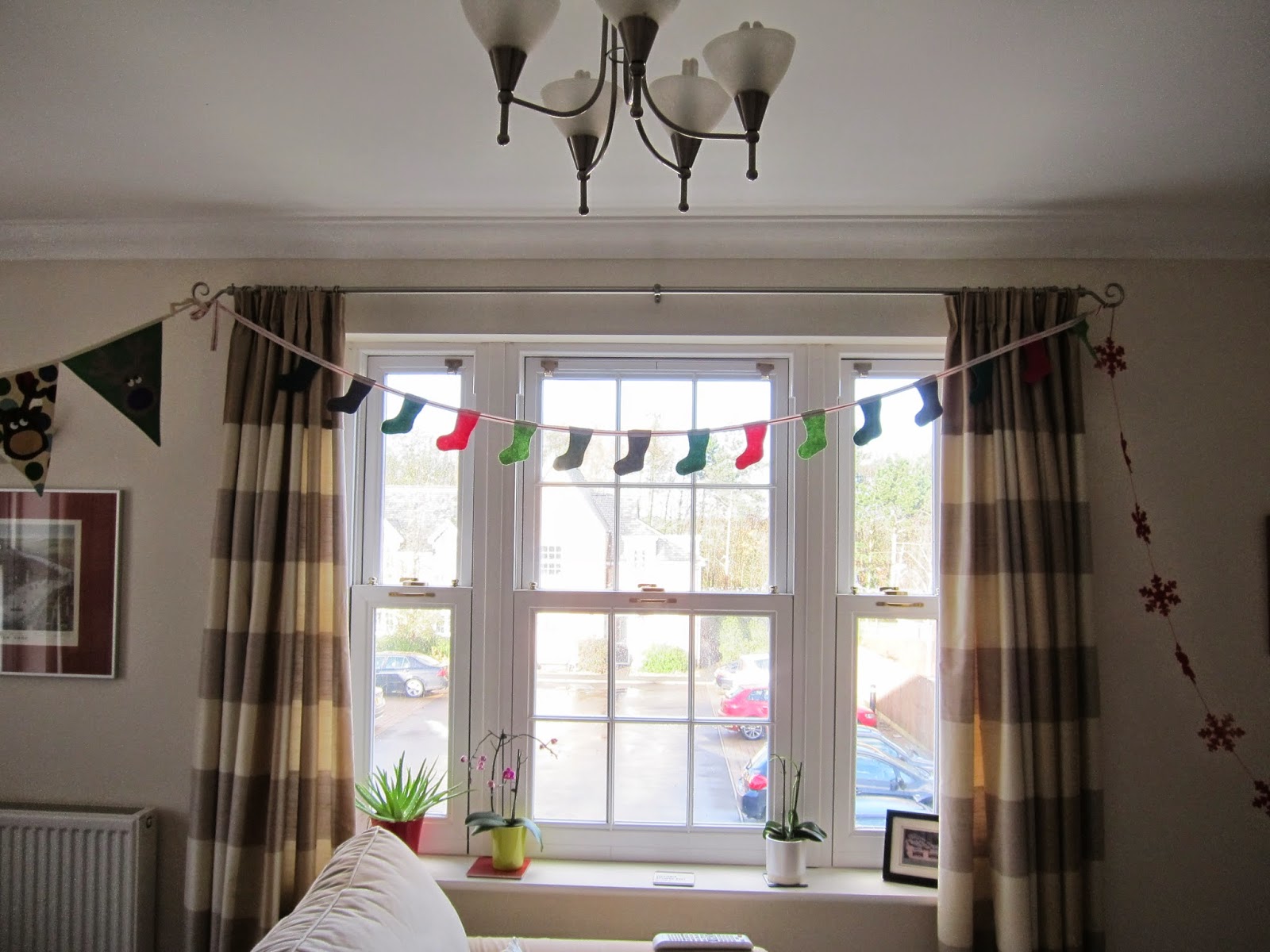