I really liked Tokyo, but I loved Osaka. We spent four days there, after the "official" trip ended, and I thought it was a great city. It felt bustling and cosmopolitan, like Tokyo, but with more interesting little neighborhoods.

I signed up for a CycleOsaka tour after finding it on the internet, and took the full-day tour. It was really interesting and a lot of fun (and a great way to cover a huge amount of the city in a day).

I even managed to do the whole tour in a dress. Because I'm awesome. 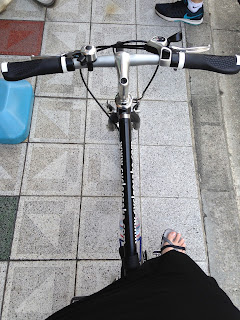 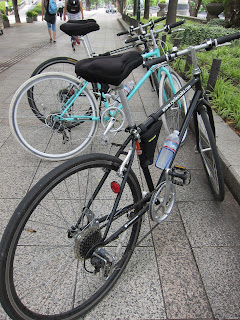 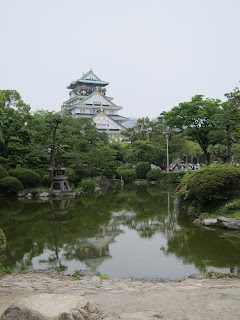 We visited Shin-Osaka, which is a bit of a time capsule: 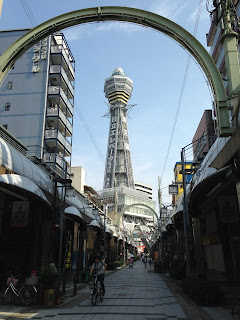 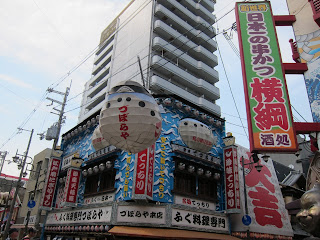 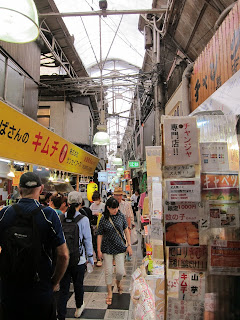 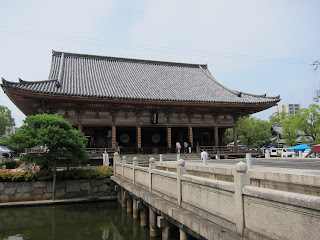 This temple had a dragon-mouth stage: 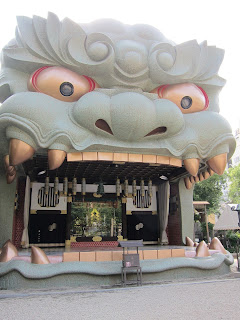 I had really excellent sushi as recommended by my hotel at Tsuru Sushi, owned by a mother and daughter sushi-chef team. 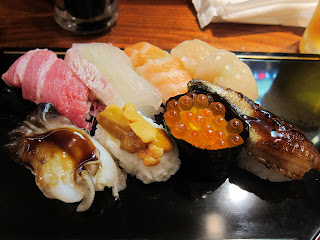 I loved Utsubo Park, which was converted from an aircraft runway, and has fountains, gardens, and lots of shade. 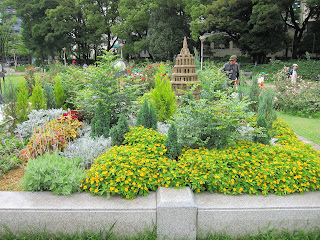 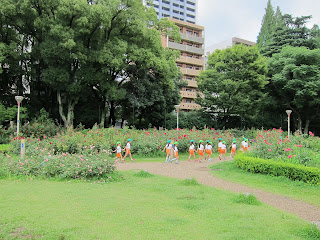 I also went to the Osaka aquarium, which was really good (with lots of signs in English): 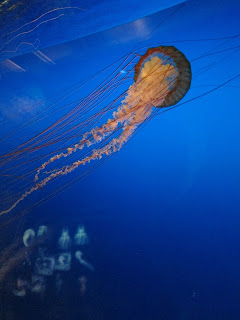 Next to the aquarium, I rode the ferris wheel! 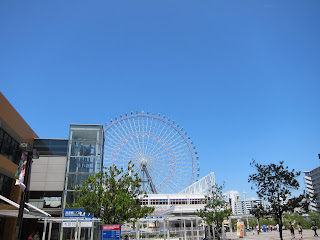 And managed not to have a panic attack on the top of the ferris wheel by myself. I mostly distracted myself by taking All The Pictures. 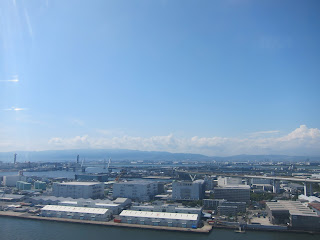 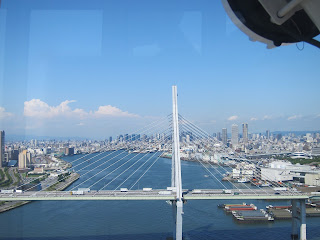 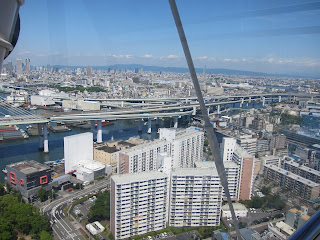 Then I walked through a random neighborhood, and saw a very cute tram and a temple. 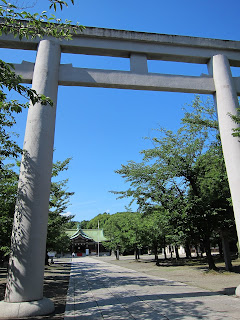 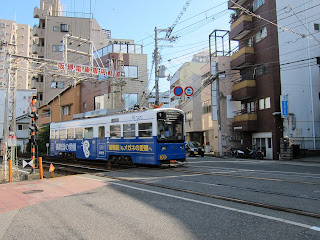 And the most gorgeous bridge: 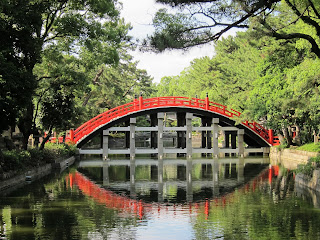 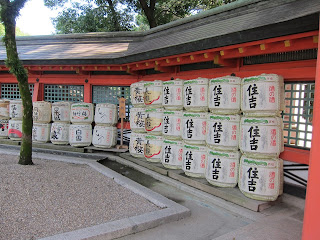 I really found Osaka to be super-welcoming - it was small enough to be explorable and had a ton of really cute neighborhoods.
Labels: adventures Japan travel