Ran 5K at the Bury Parkrun!

Running a 5K has been a goal of mine for several years. When I started Couch to 5K, it wasn't really with a specific 5K goal in mind (honestly, I didn't think I could do it).

However, over the last few weeks with Map My Run, I've watched my kilometre splits get progressively quicker and I've built my distance up. Mostly inadvertently.

One of my friends from bell ringing also uses Map My Run and he's been super-encouraging. Friday night I was hanging out, reading some blogs and checking Facebook, where I reposted a Telegraph article about parkrun.

I'd never heard of it until a few weeks ago, but parkrun organise free weekly 5k runs in parks around the world (mostly in the UK at this point). It was their 10-year anniversary this weekend, so there's been a lot of media coverage.

Anyway, after reposting the article, my Map My Run buddy (hi, Stephen!) suggested that I attend the run on Saturday morning. Since the sailing season is over and I was feeling somewhat more courageous than normal after a Friday-evening glass of wine, I agreed.

My choir buddy Viv came along for moral support and as chief cheerleader and paparazzi. Stellar job - all pics are hers!

Here I am, right before the start. 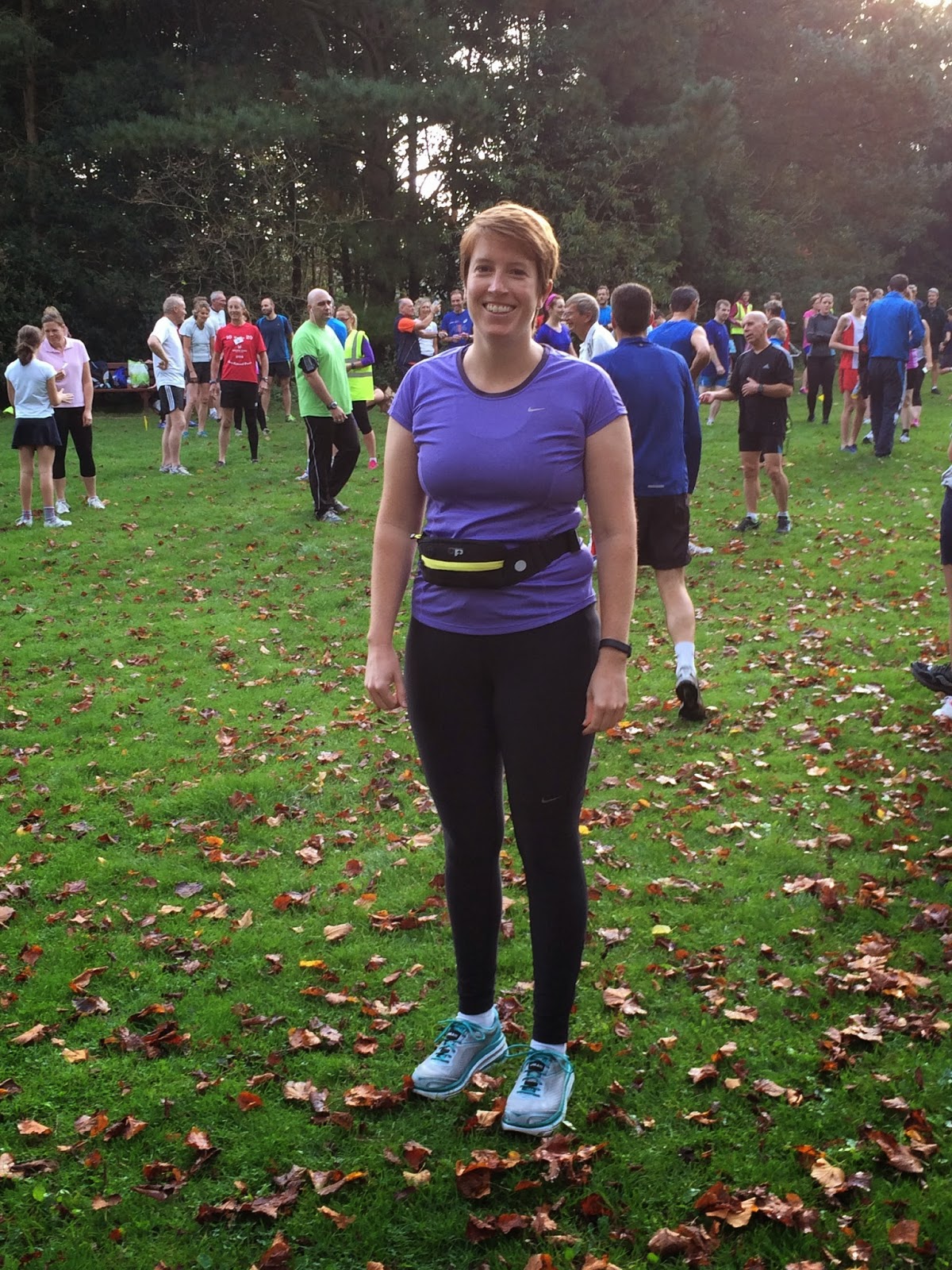 Here we are, all ready to go: 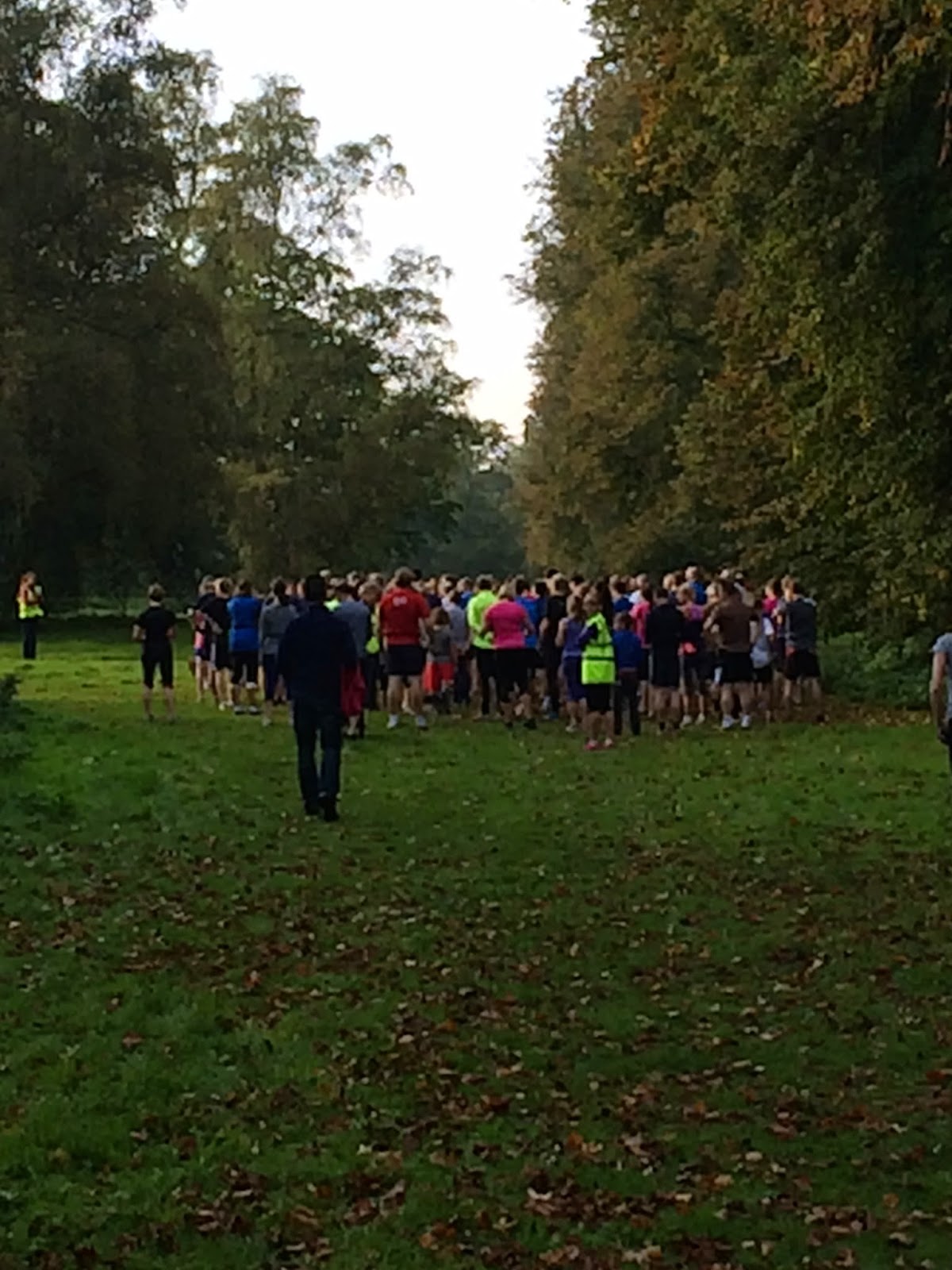 Rounding the first big corner at the top of the hill (oof): 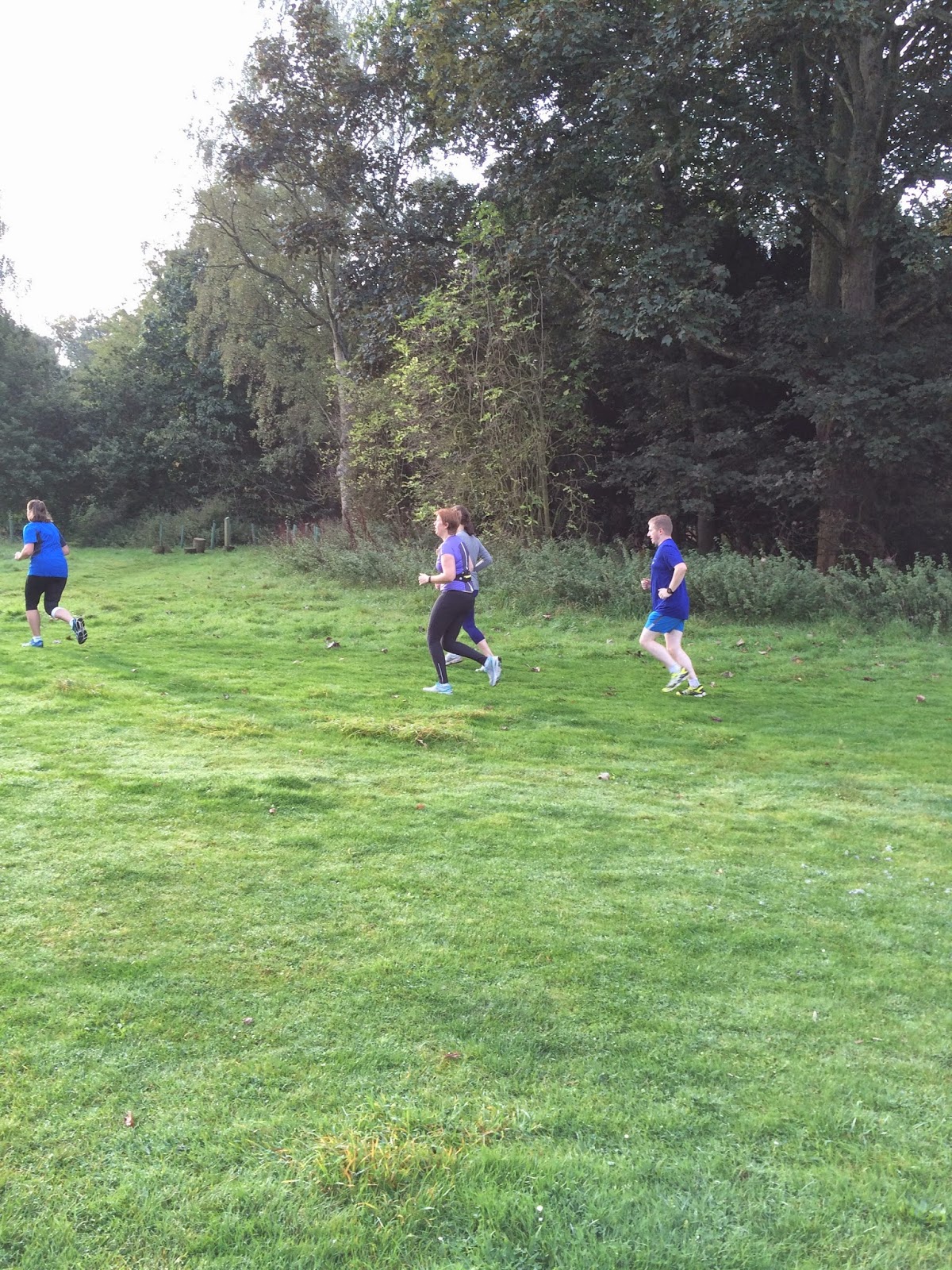 Same spot, second lap. I was knackered at this point but determined not to walk (and not to fall over). 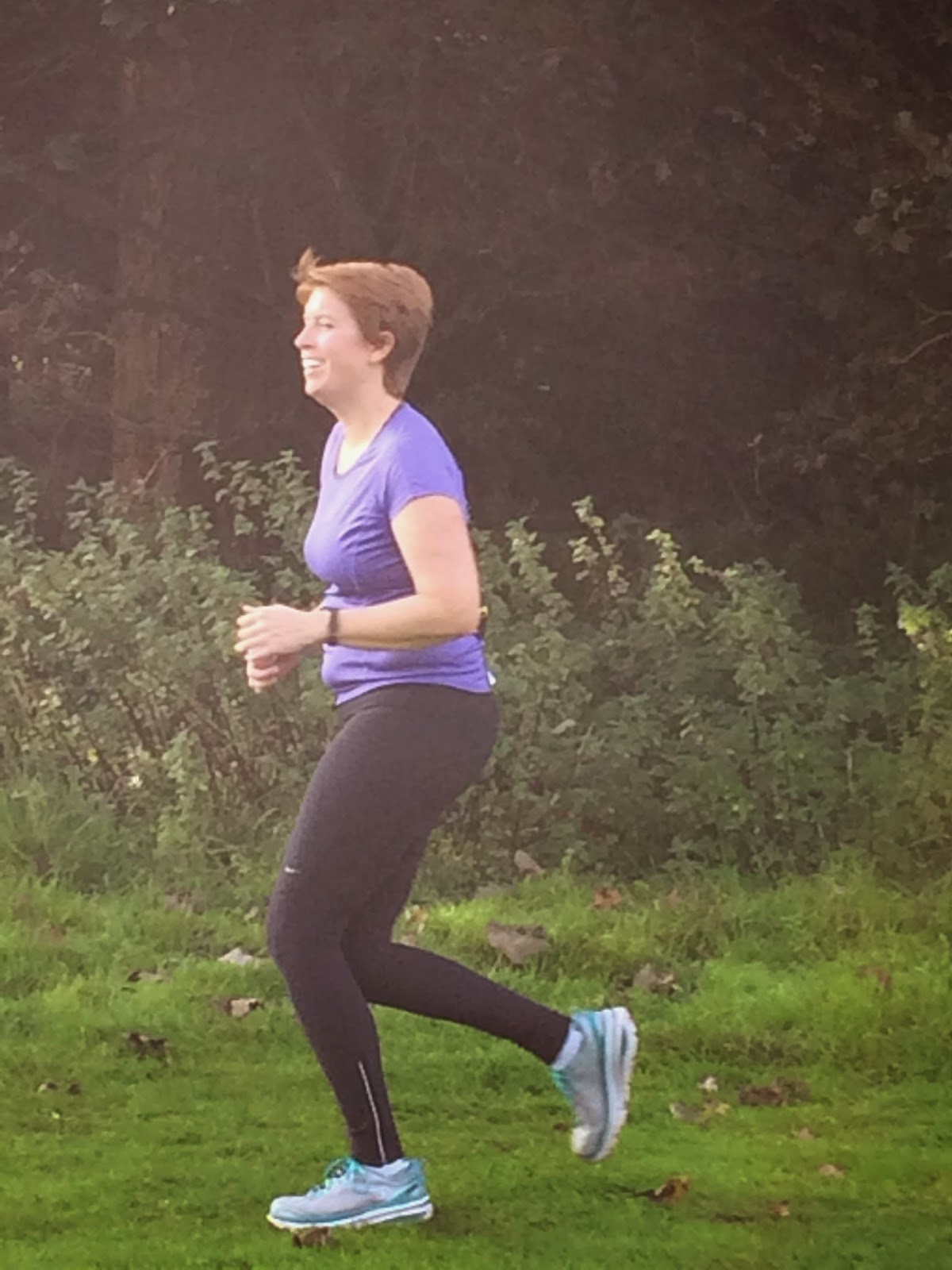 And the big finish! 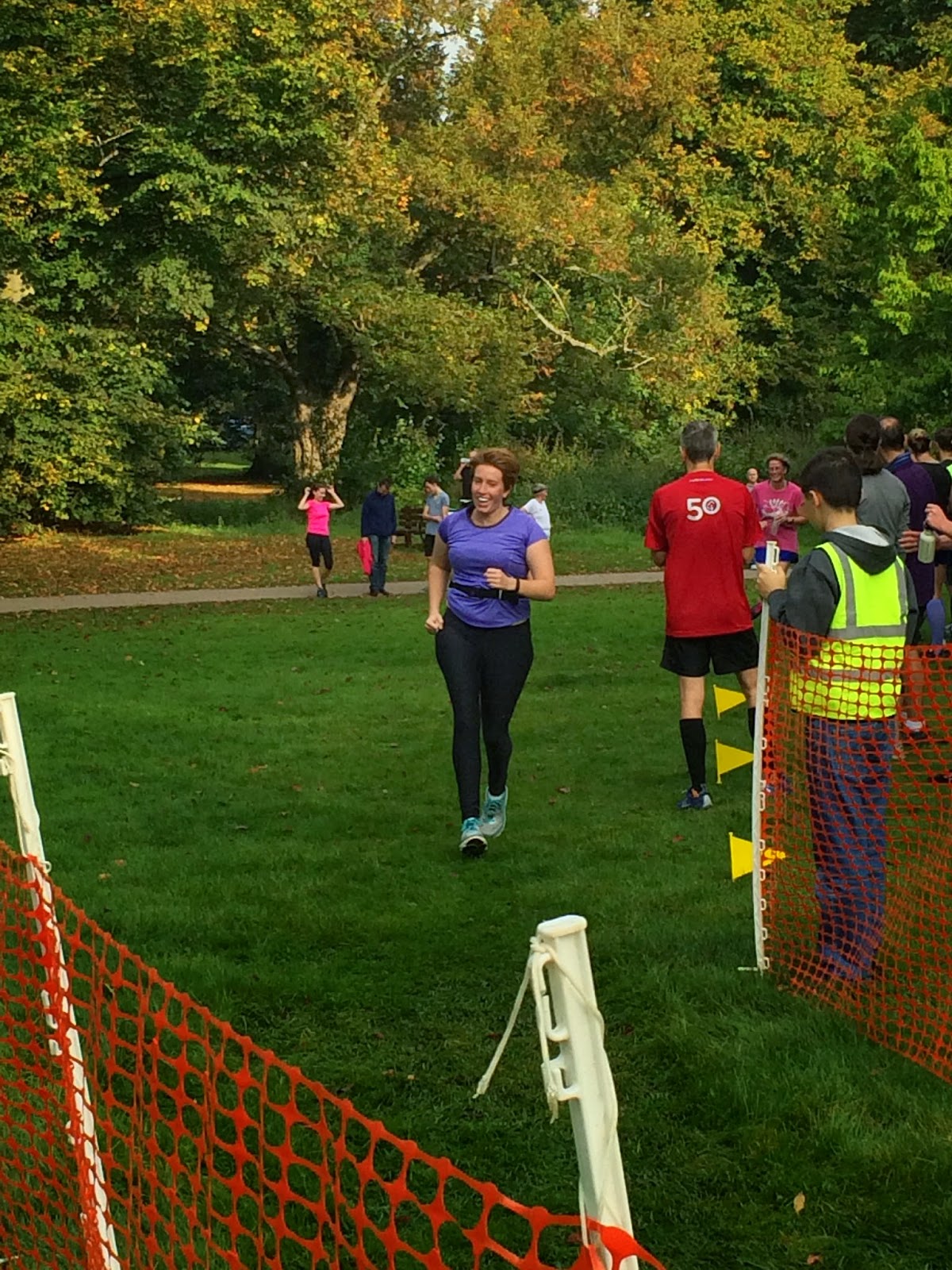 Amazingly, I managed it in 34:23, and all of my splits were faster than I've run before. It was definitely trickier than my normal runs - there were other people, which I'm not used to, and I wasn't wearing my headphones, and I'm a pavement runner so it was quite tricky with all the lumps and bumps on the grass. It turns out that I'd managed to inspire another runner not to walk - she was behind me most of the way (we'd had a quick chat about couch-to-5k and it was her first run, too) and apparently I kept her from walking. Who knew!? It was also really lovely of Stephen to walk back along the course and jog the last 500m or so with us - we had a mobile cheering section right when we needed it most!

I'll be back for more!
Labels: running suffolk